6 things that you don't need, to be a programmer 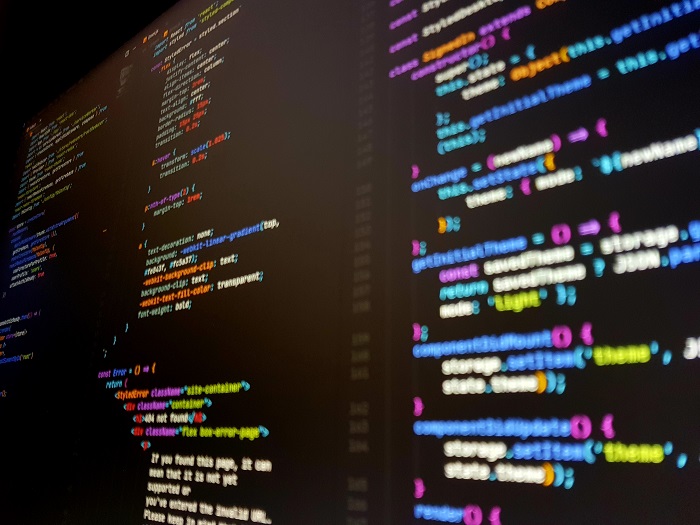 TL;DR: You don’t need math, English fluency, a degree, be young or rich to become a programmer!

Programming in 2020 is getting much more popular than it was two years ago when I’ve just started learning to code.

When you type in Google Search the following sentence: “how to learn …”, at the time of creating this post, you will be able to see two terms related to programming.

The first being how to learn to program itself, and the second one on how to learn python. When you type just one letter of any programming language, the google search will show it expanded to you.

As we can see, it gets more and more popular, and that results in many people being interested in programming. But, there are stereotypes that a lot of people still believe when it comes to software engineering.

Stereotypes that can stop many of us from doing something that we’re afraid of, e.g., not being good enough at something, to do something.

However, you don’t need to be afraid of learning programming anymore!

In this post, I’ve prepared some of the things that can trick beginner programmers, and even make them unproductive or feel bad about themselves. Not anymore!

The six things that you don’t need, to be a developer are:

The most popular fear when thinking of learning to program is math. Let me be honest with you — if you know how to add, subtract, multiply, and divide numbers, congratulations, you can consider yourself as a programmer now!

In most cases, that’s what it takes to enter the programming world and to work in it. When it comes to Web Development, you have even less to do with math than usual.

In programming, you write more rather than calculate, but if you’re good at math, it will surely help you solve more difficult problems quicker that you will face when more experienced.

At the beginning of your journey, don’t calculate — learn.

The words used in programming languages are English. Most of the courses are also in English, but it shouldn’t stop you from programming. It helps a lot if you have a decent level of comprehension.

But, this shouldn’t be the barrier that’s holding you back from programming. Most of the web development jobs require at least a B2 English level, which doesn’t say anything about fluency.

Some companies want programmers that will talk with their clients, and some companies prefer to speak with clients themselves and leave you only with your coding work.

You don’t need to sound like a native. Just feel confident using and understanding English.

For some companies, it’s still necessary, and most people don’t know why. I do too. There are a lot of amazing programmers who don’t have any degree at all.

I know self-taught six-figure programmers that have never cared about algorithms, data structures, and so on. They just put more work than graduates, and now they benefit from it.

Trust me, you will get much much more by learning on your own, and by being a self-taught programmer, as most programmers do. I thank God I’m not in that rat race as they do.

You don’t need a degree to prove your skills. If you want to succeed, you got to work!

These days, some of the companies don’t hire developers with no soft skills, because they want us to talk with the clients, which I mentioned above.

However, you won’t be a worse programmer as an introvert. Moreover, calm people are much more successful these days than extroverts!

If you can handle the pressure and you can keep yourself motivated, you’re the one!

You don’t need to be young to become a programmer. Oh, hell, no! There’s no such thing as an age barrier.

If you are not a teenager, I have good news for you. Grown people are more likely to get hired even if their portfolio isn’t that good, just because of the thing that they’re grown.

Young people in the IT industry don’t seem to be welcomed well by companies. But, I see this as an opportunity to study in your high school age, and get ahead of others quickly!

Between your League of Legends game, I would suggest you learn to code.

A lot of beginner developers think that they need expensive items that will magically make them superb programmers.

That’s not the case.

Not at the beginning of their coding journey, which is just learning. You can learn on the old machine the same as you would do on the new MacBook Pro!

Trust me, because my MSI laptop knows what I’m saying.

I hope that my post made you realize that you don’t need any specialty to be a programmer. The saddest thing is — coding can be so fun, but most people fear that or avoid it because of the above points.

If you enjoyed it, please spread this message to everyone you know that wanted to code but wrongly thought that they are not good enough for that.

Thank you so much for reading, have a productive day!